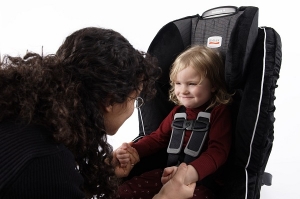 Due to the changing landscape of restraint products, vehicle features, and CPS social norms, a child occupant-focused motor vehicle crash data collection system is still needed to provide direction to government, industry, and the public on how best to protect child occupants in order to sustain and build on progress achieved over the past decade.

From 2007 to 2013, CIRP researchers worked with the National Highway Traffic Safety Administration (NHTSA) to develop a system for collecting supplemental child-specific data as part of the National Automotive Sampling System-General Estimates System (NASS-GES) and Crashworthiness Data System (NASS-CDS). This system was called the National Child Occupant Special Study (NCOSS). The overall objective of such a system would be to monitor trends in CPS, assess the performance of new safety technologies for children, and serve as a national resource to assist researchers, industry, and policymakers in setting the agenda for CPS in the US.

CIRP researchers initially conducted a study with funding from the Center for Child Injury Prevention Studies (CChIPS) to determine the usefulness, functionality, and feasibility of the concept of a national child occupant surveillance system that relies on federal data sources for cases. The Future of Child Passenger Safety Surveillance, a feasibility and justification report, was published in May 2008. Please note that the specifications proposed in this report have been refined over the course of subsequent pilot research.

Starting in 2009, the NCOSS research group at CHOP conducted pilot studies in collaboration with NHTSA to determine the specific methods by which to collect supplemental child occupant-specific crash data as part of the NASS surveillance system. The first pilot study, funded by a consortium of industry stakeholders including CChIPS, the Association of International Automobile Manufacturers (now Global Automakers), and the Automotive Occupants Restraints Council, created and tested subject contact and consent procedures on a diverse sample of over 600 children in crashes. The results showed that creating procedures to identify cases for supplemental child-specific data collection based on the NASS-GES system was feasible. Read more about this study.

The second study, funded by the Insurance Institute for Highway Safety, involved the creation and validation of the data collection survey that will be used for NCOSS. The survey (an updated version of the validated Partners for Child Passenger Safety survey) asked over 500 parents of recently injured children in pediatric emergency departments in Philadelphia, Milwaukee, and Sacramento to report on their child's injuries to specific body regions at two weeks post-ED visit. When the responses were compared to injury data abstracted from medical records, results indicated the survey was a reliable tool for supplemental data collection from parents. Read more about this study.

The final pilot study, conducted in 2012 and funded by the Toyota Collaborative Safety Research Center, tested enhanced methods of encouraging eligible subjects to participate in NCOSS. In this pilot, 495 families were identified from the NASS-GES system and contacted to complete a survey via telephone or self-administered hard copy based on the availability of contact information on the Police Accident Report. All participants received a branded study notification packet while a random sample of 50 percent of all drivers in each survey mode was offered a monetary incentive. Surveys were completed by 127 drivers (25.7 percent of those contacted), providing data on 181 child occupants. Response rates varied by mode and incentive condition, with the highest response rate in the telephone-incentive condition (45.9 percent). Read more about this study.