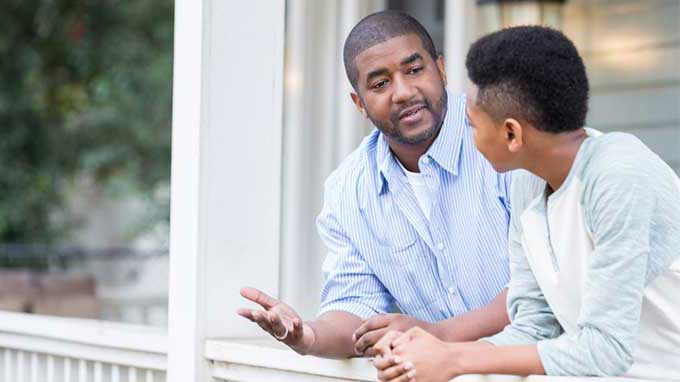 Tragedy struck in Philadelphia earlier this month, when a 7-year-old boy named Zamar was shot and killed while playing on his front porch. Sadly, Zamar became one of eight children to die of gun violence in Philadelphia this year.

The public health crisis of gun violence continues to wreak havoc on the lives of children, teens, and adults across the country. One key factor to the seemingly never-ending cycle of gun violence is the proliferation of and access to guns in our communities. We know that some with access to firearms are teens, but little is known about how and why teens choose to have guns. In research published in the Journal of Behavioral Medicine, my co-authors and I sought to explore teen gun access and co-existing behavioral health risk factors to inform the types of interventions, prevention strategies, and legislative efforts that may help curb youth injuries and fatalities from firearms.

Our analysis revealed that 1 out of 6 adolescents screened could access a firearm within 24 hours either inside or outside the home, and those teens with firearm access had higher rates of suicide risk, substance use, and clinically significant levels of depression or traumatic stress. Some risk factors correlated with access to guns more than others. Teens who reported a lifetime history of illegal drug use beyond alcohol and marijuana had more than three times the odds of having access to a firearm.

This study provides alarming evidence that adolescents who struggle with emotional distress or substance use can readily access a gun and potentially harm themselves or others. While it is important not to conflate mental illness with violence, it is linked to an increased risk of suicide. As 90% of suicide attempts by firearm result in death, it’s clear: Access to firearms in a time of crisis can have devastating and irreversible results in this young population.

The “silver lining” in these data is that patients are willing to disclose their mental health struggles. However, it is troubling to know the very same patients who are asking for help have access to lethal weapons. This tells us we need to both pay more attention to behavioral health issues in this at-risk population and more effectively limit the ability of youth to access guns if we want to avoid serious public health consequences.

The study findings call for an improved delivery of resources within healthcare systems and legislative action, including:

As important as knowing teens can quickly access guns is knowing why they want to – and addressing those motivations. These can include a desire to protect themselves and their loved ones from what they perceive as an unsafe world. These findings reiterate the need to commit to interventions that may prevent the next senseless child casualty of gun violence.