READ THE FIRST FIVE POSTS
IN THE SERIES:

For the past several months, the CIRP@CHOP Digital Health Initiative (DHI) team has been blogging about best practices for mHealth app development. This blog focuses on the last of six steps in the process – building a Minimal Viable Product (MVP). As described in Wikipedia, “a MVP is the product with the highest return on investment (ROI) versus risk…it has just those core features that allow the product to be deployed and no more.” In other words, it’s an early prototype that allows you to get feedback from your target audience and key stakeholders BEFORE you have invested too many resources in producing the final product.

Although this approach is often used in “lean start-ups,” it’s really valuable for those of us in research and the nonprofit world, with our often very limited resources to develop mHealth tools and technologies. Best of all, with today’s production tools, it’s possible to create a MVP that looks and feels like the eventual real mHealth tool without doing a lot of back-end programming that can be expensive and difficult to revise.

A good example of the value of using an MVP is our pilot project funded by the Center for Child Injury Prevention Studies (CChIPS). Our team, including Katie Halkyard, a research coordinator at CIRP, conducted a series of focus groups and a national survey to determine how best to use digital communication technology to improve child restraint system (CRS) installation. This formative research served as the foundation for the development of a mobile, smartphone-based MVP to support parents in correctly installing CRS. This mixed methods research included focus groups with 25 parents from the Philadelphia area followed by an online survey to over 1,000 parents nationwide. What we found out is that parents are:

All the parents and caregivers in the study owned a mobile device, and over 90 percent owned smartphones, with most using their phones to access the Internet. They told us that they would use a CRS installation application during each phase of their child’s transition. When asked for top suggestions for the tool, they recommended: 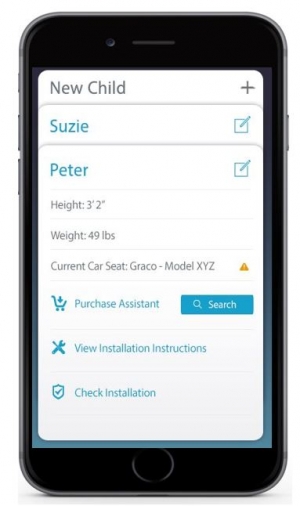 Based on these insights, we developed a “clickable” prototype (shown here) to gather additional feedback from parents and caregivers. Although it looks like an app on your phone, it’s a set of design pictures that show how the app would be organized and how it would be used. This MVP was a much less expensive approach to ensure we were creating an app that would be useful and valuable to parents and caregivers

The next steps in the project are to further develop and test the mobile tool in a randomized trile to evaluate its effectiveness in improving CRS installation and use.

There’s no magic formula for determining the “right” MVP for any given technology or tool; it’s something that the research and development team needs to agree upon. The ideal is to build just enough to obtain concrete feedback from the target audience and key stakeholders.

If you’re a researcher, program manager, or app developer, we encourage you build on your formative research findings, use a multidisciplinary team with expertise in behavior change, technology and user-experience design, and gather user input all along the development process, including the MVP. With this additional feedback and research, you can create a mHealth tool that is both usable and valuable for your intended audience.