The Role of Race and Ethnicity on ACEs and Developmental Disabilities
June 14, 2019
Share
By Patty Huang

My colleagues at Children’s Hospital of Philadelphia are expanding on studies of the intersection of developmental disabilities and adverse childhood experiences (ACEs) by looking at the lives of children from minority populations, who until recently have been significantly under-represented in such research.

ACEs include emotional, physical and sexual abuse; stress in the home from substance abuse, mental illness, domestic violence, criminal behavior, divorce; and physical and emotional neglect. More recently, the concept of ACEs was expanded to include events occurring outside the home, particularly in economically stressed communities. Such experiences include but are not limited to violence, racial discrimination, unsafe neighborhoods, and bullying.

Children with developmental disabilities may exhibit similar behaviors to children with a history of ACEs, making diagnosis a challenge for healthcare providers. Children from minority populations and those living in economically stressed communities may also be at higher risk of ACEs. Focusing on children from racial and ethnic minority groups will give healthcare providers an important new perspective and help to avoid mischaracterizing behaviors and treatment delays.

I recently talked with my colleague Roy Wade, Jr., MD, PhD, MPH, MSHP and VPI fellow, who recently presented in a webinar I moderated called “Crossroads of Adverse Childhood Experiences (ACEs) and Developmental Disabilities.” We discussed the role race and ethnicity may play in the diagnosis and treatment of children with a history of ACEs, developmental disabilities, or both.

Signs and symptoms of ACEs often overlap with those of certain developmental disabilities, including Attention Deficit-Hyperactivity Disorder (ADHD), Oppositional Defiant Disorder, and Autism Spectrum Disorder (ASD). “ADHD is a classic example of a disorder that manifests similarly to trauma in children,” Dr. Wade says. Overlapping behaviors include inattention, disorganization, fidgeting, and interrupting.

However, Dr. Wade points out that despite the overlap, the recommended evaluation process for ADHD does not include assessment for trauma, a concerning omission. To compound this, racial and ethnic minorities have been left out of research on behavioral disabilities and ACEs. “We see higher levels of childhood adversity among minority populations, but we need to acknowledge the role that historical inequities and disenfranchisement play in creating the environment in which such traumatic experiences are more likely to occur,” he says.

Areas of Opportunity in Research

An initial study on ACEs by the Centers for Disease Control and Prevention and Kaiser Permanente focused on a mostly white, middle to upper-middle-class population. According to Dr. Wade, Philadelphia researchers and child advocates want to expand upon this work by exploring the prevalence of ACEs in less affluent and more diverse populations, with the idea that poverty can increase the likelihood of ACEs occurring.

“We’re not saying that there is something inherent about African-Americans and other minorities that makes abuse and neglect more common in their families and communities,” Dr. Wade says. “Our argument is that poverty creates stress, which makes it more likely for ACEs to occur.”

An additional challenge for researchers is that disadvantaged populations tend to either avoid participating in studies, or they are unable to participate due to issues of access, points out my colleague Juhi Pandey, PhD, a pediatric neuropsychologist and scientist at the Center for Autism Research. She was recently awarded a grant from the Simons Foundation to ensure that families from under-resourced and minority communities are appropriately represented in genetics studies on ASD. Without diverse representation, research study findings are limited and not generalizable to the entire ASD community, thus perpetuating a cycle of non-inclusivity.

“Our funding is specifically geared toward increasing our knowledge about the lack of participation by conducting focus groups with community stakeholders and members to help inform change in our processes and approach,” states Dr. Pandey. Disadvantaged populations often fear being taken advantage of by the medical community and face practical barriers from work and family obligations, Dr. Pandey says. There’s also a stigma in many communities about being diagnosed with developmental disabilities and receiving services at home, given a strong history of and perception of scrutiny, she adds. “Engaging directly with the community will enable us to affect change on a very personal level.”

Therefore, engaging with parents, educating the community about CHOP’s resources, and getting input from families about the questions that should be asked is key, says Dr. Pandey.

Approaching the Topic with Families

Naturally, discussing possible ACEs and their effect on children is a highly sensitive subject for families.

“I think you have to do it in an artful way,” says Dr. Wade. “Parents may not want to entertain the idea that the behaviors they’re seeing in their children could be due to the stress of violence in their home or community.”

“When providers highlight the role of social factors in the development of sub-optimal child behaviors, caregivers may perceive that we are saying they are bad parents,” he notes. Healthcare practitioners must be sensitive to these issues when trying to help parents understand the effects of trauma on child behavior and development.

At the same time, clinicians must be aware of any unconscious biases they may bring to their practice. As providers, we may view children from minority or disadvantaged populations through preexisting stereotypes or beliefs that cause us to hold them to lower standards than their more affluent counterparts, explains Dr. Wade. Children and even their families can feel the differences in the way they are perceived by providers.

Our patients and families will rise and fall to the level of expectations that are set for them. As Dr. Ken Ginsburg, one of his mentors at CHOP says, “We must see people as they deserve to be seen, not based on labels or stereotypes." 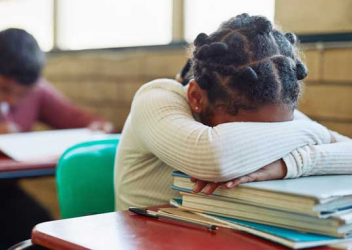