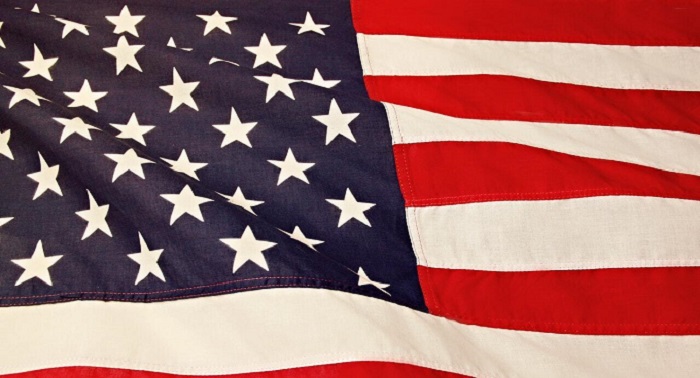 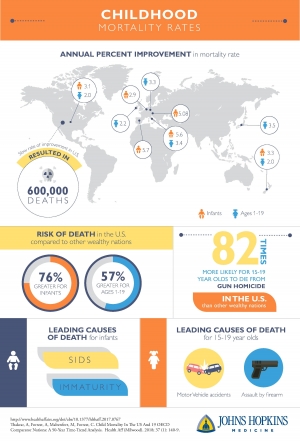 The U.S. has seen many improvements in childhood health in the past 50 years. One of our most celebrated public health successes is the reduction in the number of motor vehicles crash deaths, particularly those when teens are behind the wheel. But we need to step up our efforts to keep pace with child health outcomes in other wealthy nations.

A new study of childhood mortality rates between 1961 and 2010 in the U.S. and 19 economically comparable countries found that all 20 countries showed improvement, but that gains in child health outcomes in the U.S. lagged behind the other nations. Despite greater per capita spending on health care for children, the U.S. has been the slowest to reduce childhood mortality, amounting to more than 600,000 excess deaths. The study was published in Health Affairs on Jan. 8 co-authored by Christopher B. Forrest, MD, a colleague of mine at CHOP and a professor of Pediatrics and Healthcare Management at the University of Pennsylvania. (See the infographic.)

When comparing ourselves to other wealthy nations, two drivers of our higher mortality rates involve high exposure to lethal instruments (motor vehicles and guns) more than anything else. Our youth drive motor vehicles independently at younger ages than other countries, and 1.7 million U.S. youth live with unlocked, loaded guns -- 1 out of 3 homes with kids have guns.

How Can We Reduce This Exposure?

A Graduated Driver Licensing (GDL) system is enforced in all 50 states, but currently, the age an individual can get his or her learner’s permit varies from 14 to 16 depending on the state. Research indicates that the states with the strongest teen driving laws and issue driver licenses to teens at older ages tend to have fewer teen driver deaths.

The following are steps we should consider in 2018 to help continue promoting safe driving practices and reducing motor vehicle crashes involving teens:

At the same time, the U.S. must evaluate its policies on teens’ access to firearms.

As my colleague Ruth Abaya wrote in a previous post, reframing gun violence as a public health issue is essential to changing how the U.S. handles the issue. This requires a two-pronged approach: Policy efforts to reduce teens’ access to guns, such as enforcing universal background checks and Child Access Prevention laws, which must be accompanied by policies that address the reasons youth feel the need to access guns -- to protect themselves and their families.

CHOP’s Center for Violence Prevention, formerly Violence Prevention Initiative, is committed to prevention efforts to decrease the number of children and adolescents injured or killed by gun violence through research, clinical and community practice, and education.

The new study presents a call-to-action for the U.S.  Both motor vehicles and firearms can be deadly and should be treated as such, particularly in the hands of adolescents who may not be developmentally ready to handle the responsibilities and risks. Although the U.S. has made great strides in protecting children, we need to reaffirm our commitment to programs that work while exploring new policies and mindsets to further reduce teen injuries and deaths from motor vehicles accidents and gun violence.