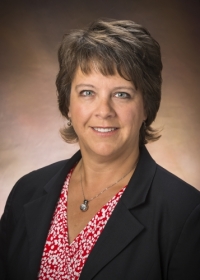 Co-Scientific Director and Director of Engineering

Kristy Arbogast, PhD, is the Co-Scientific Director and Director of Engineering for the Center for Injury Research and Prevention and the R. Anderson Pew Distinguished Chair of Pediatrics at Children’s Hospital of Philadelphia. She is Professor of Pediatrics at the Perelman School of Medicine at the University of Pennsylvania. In 1997, she received her PhD in Bioengineering with a focus on brain injury mechanics from the University of Pennsylvania and began her research career at CHOP. In 2014, she was awarded an Honorary Doctorate from Chalmers University of Technology in Goteborg, Sweden for her leadership in the field of child safety.

She is an internationally recognized expert on pediatric injury biomechanics, injury causation and the effectiveness of safety products for children with a concentration in the safety of children and youth in motor vehicle crashes as well as pediatric concussions. Her research efforts have been funded by the National Institutes of Health, the Centers for Disease Control and Prevention, National Science Foundation, the National Highway Traffic Safety Administration, and several corporate entities in the field of automotive safety. She was a co-investigator on the Partners for Child Passenger Safety (PCPS) project, a 10-year national study on child passenger safety funded by State Farm Insurance.

Dr. Arbogast served on the Institute of Medicine Committee on Sports Concussion in Youth and and co-leads Children’s Hospital’s clinical research effort in concussions with a focus on the use of head impact sensors to understand the biomechanics and leveraging the electronic health record to define the natural history and time course of concussions in children.  She also co-leads an initiative for the National Football League and NFL Players Association to design and implement head impact sensors to understand the loading conditions in professional football with the goal of enhancing head protection through improvements in protective equipment.

Dr. Arbogast serves as the Co-Director of the National Science Foundation sponsored Center for Child Injury Prevention Studies (CChIPS) at CHOP, the University of Pennsylvania and The Ohio State University. CChIPS is an Industry-University Cooperative Research Center focused on the advancement of safety for children, youth, and young adults by facilitating scientific inquiry into childhood and young adult injuries and to translate these findings into commercial applications and public education programs for preventing future injuries from occurring.

Dr. Arbogast has given many invited lectures on the biomechanics of unintentional injury to children, both nationally and internationally, and has been recognized by the Society of Automotive Engineers, Stapp Car Crash Conference, Association for the Advancement of Automotive Medicine, and the Automotive Safety Council for her work. In 2018, she was honored with the Award for Excellence in Mentoring Research Trainees at CHOP.  She can be contacted at arbogast@email.chop.edu.

Child Passengers and Autonomous Vehicles: An International Perspective
My Road to Consumer Reports
Make the Most of Scientific Conferences: Top 5 Tips
A PROFOUND Approach to Concussion Research
Capping Off College with Concussion Research