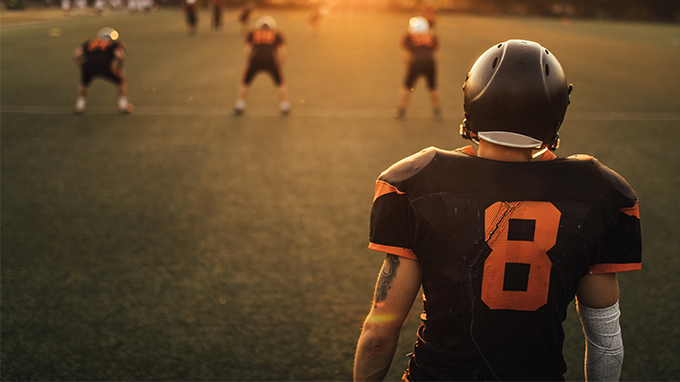 Earlier this year, I was invited to co-present a workshop at the International Olympic Committee (IOC) World Conference on Prevention of Injury and Illness in Sport. The workshop was aimed at educating researchers on how to collect, analyze and interpret head impact sensor data. Unfortunately the conference has since been postponed twice due to the pandemic and is now scheduled for November 2021.

The preparation for the workshop involved conducting a systematic review of all scientific papers that reported head impact sensor data, which was recently published by Annals of Biomedical Engineering as part of a special issue on American football.

The review identified 168 papers that reported head impact sensor data in the last two decades. Although the first head impact sensor was used to monitor an American football linebacker in 1962, early studies were considered largely unsuccessful due to the technical difficulties associated with safely obtaining accurate measurements.

It was not until the early 2000s that head impact sensors evolved into a research tool that could be used to monitor whole sporting teams. Since then, the number of published papers reporting head impact sensor data has increased exponentially. Approximately three quarters of published papers used filtering algorithms and approximately two thirds did not use video confirmation, which may result in substantial overestimation of head impact exposure.

This has important implications for studies that investigated associations between head impacts and clinical measures as it may misinform the understanding of how repetitive head impacts influence acute injury risk and long-term neurological outcomes.

The review also highlighted that the majority of studies have focused on males with only one in five studies having collected head impact sensor data on female athletes, which is mainly due to the most commonly studied sport being American football.

This motivates our work to collect head impact sensor data in male and female high school athletes in less commonly studied sports, such as lacrosse, as part of a large study at Children's Hospital of Philadelphia (CHOP) funded by NIH and the Pennsylvania Department of Health, which aims to advance pediatric concussion assessment, diagnosis and treatment. 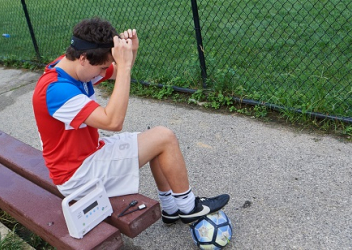 Capping Off College with Concussion Research