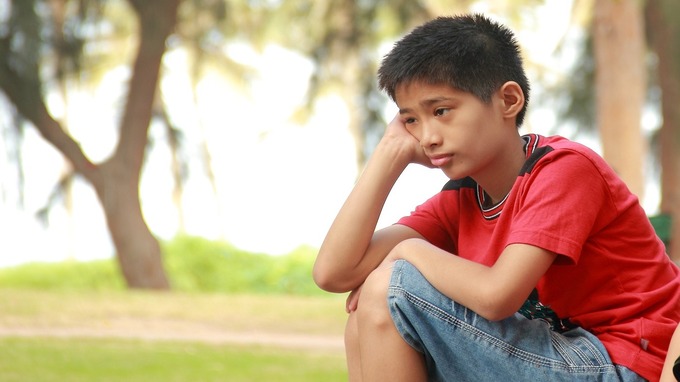 As a developmental-behavioral pediatrician, a recently published study caught my eye. It compared the characteristics and precipitating circumstances of suicide in elementary school aged children to those of adolescents. It also described potential racial differences between groups and among younger children. I'd like to summarize this study in the context of how practitioners, who work with this age group, might adjust their approach.

While we do not often consider suicide in young children as much as we do in adults, this Pediatrics-published study brought to light some very concerning facts: According to the Centers for Disease Control and Prevention (CDC), in 2014, suicide was the 10th leading cause of death among elementary school aged children in the United States. While another study found differences in the rate of suicide in children based on race, most available literature on suicide focus on adolescents and/or young adults.

Using the NVDRS data collected from 17 states during the years 2003-2012, the study compared 87 children (aged 5-11 years) to 606 early adolescents (aged 12-14 years) who died by suicide. Compared to early adolescents, the children were more likely to be male, Black (36.8 versus 11.6%), died by hanging/strangulation/suffocation, died at home, and had relationship problems with family and friends. Children were less likely to have left a suicide note or have been depressed. Compared to non-black children, black children were more likely to have died by hanging/strangulation/suffocation.

Two major themes emerge from this study. The first and most alarming is when compared to early adolescents, young children who completed suicide were much more frequently black, which is consistent with a previous study reporting almost twice the rate of suicide among young black children between 2003-2012, as compared to the decade prior. While this current study found no significant racial differences in precipitating circumstances, suggesting universal suicide prevention/screening might be appropriate, more research is needed to understand whether specific populations could benefit from differences in delivery of screening and treatment.

The second theme, and the one that received a lot of press, is that among those with mental health problems, ADHD was not only more common than depression in young children, but also more common in young children than in early adolescents. This finding begs further research into understanding whether ADHD in and of itself is a risk factor in this particular group, or whether children with ADHD may also be at risk for other mental diagnoses that might be too early to define (e.g. bipolar disorder).

How To Adjust Our Clinical Perspective

While we might not take suicidal threats in young children seriously, or think it’s not possible for them to recognize suicidal thoughts as readily, this study revealed that suicide intent was disclosed in 29% of all suicide decedents, and did not differ between age groups (which is similar to a previous CDC study). Thus, I think we should consider increased screening for suicidal intent or thoughts more routinely than we currently do in this young population (and not only when mood appears to be of concern).

Also, it is important to understand how young children might express suicidal thoughts. For instance, young children may not directly articulate a wish for death, but may describe such a feeling as wishing they could disappear or not wake up in the morning. In this age range, children think concretely and do not necessarily understand that death is final, as opposed to an escape.

In a future blog post, we will continue a discussion about how to further recognize and manage suicidal thought/intent in young children.

This study has several factors that limit its findings. With data from only 17 states, the findings may not be nationally representative. The precipitating circumstances for suicide were unknown for about 13% of children and it’s not clear whether this was disproportionate between groups. No corrections were made for multiple comparisons between age groups, which may overestimate the significant differences between the groups. Lastly, without a control group, potential risk factors may be underestimated. For instance, although the frequency of depression was lower in young children compared to adolescents, it could be a risk factor if it occurs at a higher rate relative to a control group.