The Problem with Hoverboards 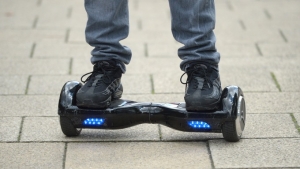 As many of you know, one of the most popular gifts this holiday season is the hoverboard, those two-wheeled battery-powered scooters that can move more than 10 miles per hour. And as you may also know, there have been increasing safety and injury concerns associated with them.

The Consumer Product Safety Commission (CPSC) reports that since August 2015, there have been at least 39 emergency department visits for injuries related to hoverboards, which include concussions, fractures, sprains, and lacerations. Given the speed with which these machines can travel, this is not very surprising. While hoverboards haven’t been around long enough for long-term data, we may want to look to skateboarding safety as a reference. My colleague Flaura Winston co-authored a study in 2002 which revealed that skateboarding injuries increased by 16,500 each year between 1998-2001, with ~100,000 people visiting the ED in 2001. Of these injuries,the most common were ankle sprain/strain and wrist fractures and 5 percent were to the head/brain. The injuries that were most likely to require hospitilization were the result of a crash with a motor vehicle. 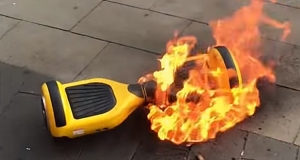 In addition, there have been stories of hoverboards catching fire, with reports of 11 fires in 10 different states. The assumed culprit? The lithium ion batteries. Frequently cheaply produced with little to no regulation, the separators in the lithium ion batteries (which typically keep the anode and cathode of the batteries apart) may become compromised, due to either inherent defects and/or damage from hoverboard use itself, and may lead to short circuiting and fire. Major US airlines have banned hoverboards from flights due to this risk. These safety hazard concerns have impacted sales as well. Amazon.com pulled sales of some popular brands of hoverboards, and Overstock.com has stopped selling them all together. Notably, they are still available via direct sales and through some big box retailers as well.

While the easiest way to avoid hoverboard injuries is to avoid buying them in the first place, someone you know may already have a hoverboard. In that case, consider these tips: