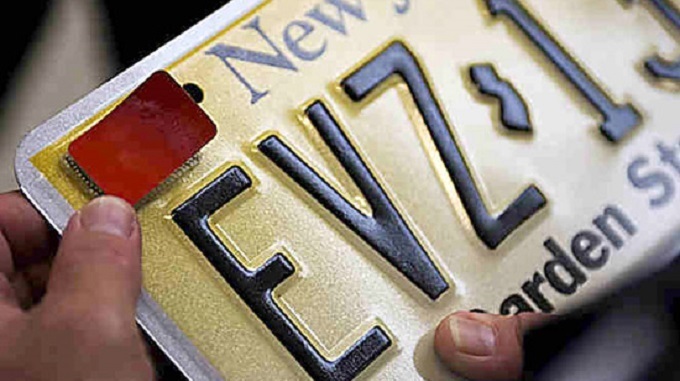 In 2010, New Jersey implemented a Graduated Driver Licensing (GDL) provision requiring young novice drivers to display a decal on their vehicle indicating their license status (Kyleigh’s Law, P.L. 2009, c. 037-S2314). Though these types of decals are used elsewhere around the world, NJ is currently the only jurisdiction in the US with a decal requirement.

It was believed the requirement would facilitate police enforcement of GDL nighttime and passenger restrictions and provide teens with further incentive to abide by those restrictions. I recently led a study published in the Journal of Adolescent Health that examined the impact of NJ’s GDL decal requirement on young driver behaviors.

I have been fortunate to recently become a part of the NJ GDL research team, led by Allison E. Curry, PhD, MPH, that published a series of papers demonstrating a long-term reduction in young driver crash rates following the implementation of the decal requirement. These papers showed a 9.5% decline in crash rates among teen drivers with an intermediate license in the two years after implementation, preventing crash involvement for an estimated 3,197 intermediate drivers.

Toward An Understanding of How GDL Decals Work

This exciting finding was then promptly followed by the question: “Why?” What was it about the decal requirement that led to a decline in crash rates? Was it because teens were more likely to comply with GDL restrictions, as hypothesized?

To answer this question, we needed to estimate compliance with these restrictions at the population level. As discussed in one of Dr. Curry’s papers, previously used methods are quite limited in their ability to validly assess this specific question.

Armed with a new application of a statistical technique called the quasi-induced exposure (QIE) technique and police-reported data from drivers involved in crashes for which they were deemed “non-responsible,” we were able to estimate compliance rates for nighttime and passenger restrictions among non-responsible intermediate drivers between the ages of 17 and 20. Further, we were able to make these rates generalizable to the population of young novice drivers on NJ roads.

We found that compliance rates were high both before and after the decal provision went into effect, with no change in monthly rates observed between the two time periods even after accounting for differences in driver age, sex, season, and neighborhood:

Although this study suggests that the decal requirement did not change the extent to which novice young drivers drive at night or with peer passengers, I believe that GDL decal provisions may still be useful. For example, teen drivers with a GDL decal affixed to their car may be more likely to comply with other GDL provisions, such as no cell phone use while driving or seat belt use for all vehicle occupants. They may also be more likely to obey other traffic safety laws and to drive more carefully in general. It’s also possible that requiring decal use during the learner permit period may help establish safe driving behaviors that continue into the intermediate license phase.

The decal may also change teen driver behavior in ways that we are unfortunately unable to easily measure retrospectively using existing crash data. A recent study from Australia suggested that a substantial proportion of young drivers drove more carefully when displaying a decal. But, further research is needed to understand exactly how decal provisions reduce crash rates.

For now, we are heartened to know that GDL compliance is high among NJ drivers with an intermediate license.

Click here to view an infographic on how GDL decals may work to reduce teen driver crashes.