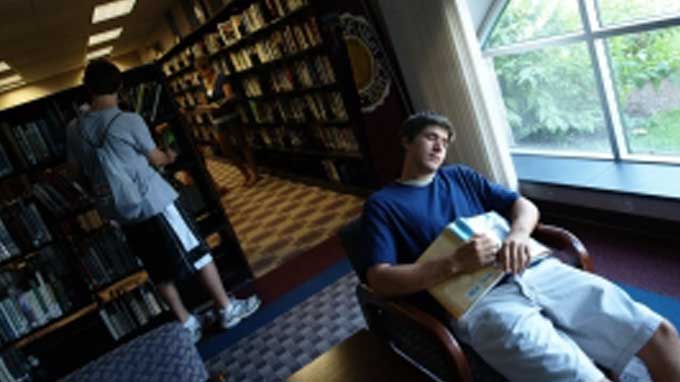 From too much caffeine and late-night screen usage to academic stress and early school start times, it’s no wonder teenagers are tired. Sleep deprivation is a fact of life for many teens, but it can have serious consequences, including the ability to drive safely while impaired.

I recently received a request for information on this subject from a colleague at CHOP and I thought our blog audience would also be interested in a summary of the science that links lack of sleep with crashes involving teen drivers and how schools are addressing it.

Many teenagers don’t get enough sleep on a regular basis, in part because their developing circadian rhythms make them want to go to sleep and wake up later than adults. Other reasons for their sleep issues are firmly embedded in the life of the American teen; however, it’s unlikely kids will give up their late-night sessions with their smartphones or coffee with friends, and they can’t forego homework. But, efforts are underway to help teenagers get enough rest and avoid driving while sleep-deprived.

Research over the past decade shows that kids who don’t get enough sleep have impaired judgment while driving. I co-authored a 2008 study that found teenagers who drive alone while drowsy—a scenario that typically occurs when they are driving to school in the morning—are more likely to be involved in a motor vehicle crash.

Researchers are discovering that delaying high school start times by just one hour is resulting in students getting more rest and a decrease in motor vehicle crashes involving teen drivers.

For example, University of Kentucky researchers found that when a high school started one hour later, teens got more sleep during the week and the average motor vehicle crash rates for teen drivers in that county studied dropped 16.5 percent. Similarly, researchers at the University of Minnesota found that moving the start time at eight public high schools across three states from 7:35 a.m. to 8:35 a.m. resulted in a 70 percent reduction in the number of teen motor vehicle accidents.

Then, in 2014, the Centers for Disease Control and Prevention and the American Academy of Pediatrics gave the movement a boost by recommending that middle schools and high schools help students get more sleep by starting no earlier than 8:30 a.m.

In Virginia, 72 of the state’s 95 counties are starting classes later and data indicates a decrease in crash rates, especially single-vehicle accidents in which the vehicle runs off the road, which are often caused by a tired driver nodding off.

Clearly, starting school later offers a variety of benefits for teenagers. The American Academy of Sleep Medicine has advised parents and school boards to work together to implement later high school start times to help teens get enough sleep. But the schedule change presents some challenges for schools. The Pennsylvania Association of School Administrators points out that school districts will have to deal with logistical issues related to a time change, including transportation and extracurricular activity schedules.

Yet starting classes later has proven to be feasible in districts around the country. Schools in more than 40 states have later start times to address a range of issues including teen driver crashes. We must work with parents and school boards to explore the benefits and address the hurdles of schedule changes in our own communities.