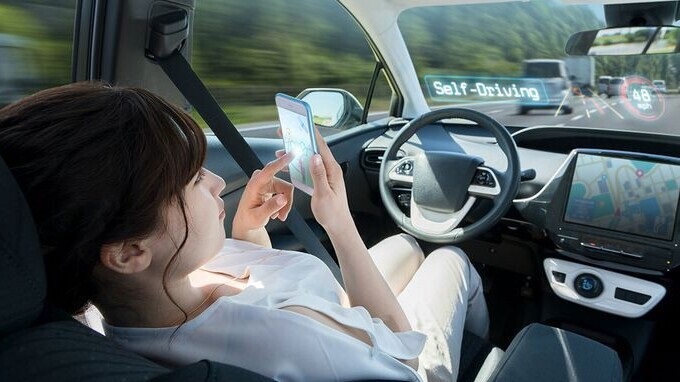 As we welcome a new decade, we have come to realize that the loudly announced predictions of a self-driving future did not materialize…just yet. While auto manufacturers continue to fine-tune the hardware and software to develop autonomous vehicles for commercial and personal use, drivers must more than ever pay attention to the road, to other vehicles, and to the myriad of events on their path.

Self-driving technology, like all other technologies, is not exempt of the Gartner Hype Cycle with a peak of Inflated Expectations, followed by a Throw of Disillusionment and a Slope of Enlightenment that will slowly converge to a Plateau of Productivity. As a researcher in Human Factors studying the deployment and safe adoption of self-driving, I welcome this encounter with reality. In a study recently published in Traffic Injury Prevention and funded by the Center for Child Injury Prevention Studies (CChIPS), my colleagues and I used driving simulation to understand people’s knowledge, anticipation, and reaction to self-driving vehicles.

The study’s objective was to explore how age and sex impact a person’s ability to respond to an emergency when in a self-driving vehicle. We studied 60 participants in three groups – teens (ages 16-19), adults (ages 30-55), and seniors (age 65+) and had them take two simulated drives after being taught how to engage the autopilot in a way similar to what happens on a Tesla vehicle. They were then asked to give their impressions on the simulator experience and reflect on their trust in self-driving technology.

Our study participants were first asked general questions on car automation. Not surprisingly, we found that most participants were confused by the terminology used by Advanced Driver Assistance System (ADAS) manufacturers. We welcome the work done by CChIPS Industry Advisory Board member Consumer Reports and the University of Iowa (MyCarDoesWhat.org) to help consumers navigate ADAS features.

For example, if a car is equipped with cruise control, it will maintain a given speed; but, it’s still the driver’s responsibility to brake. If a car is equipped with active cruise control, it will not only maintain that set speed, but also will detect the car ahead and brake automatically. Interestingly, many drivers are confused about their car's features and often just don't use them. When participants who do have cruise control were asked if they use it, half answered that they don't.

For the second part of the study, our participants were introduced to driving simulation. They learned how to drive manually on the simulator and were then taught how to turn on the autopilot. In a scenario where the automated vehicle unexpectedly drives towards a closed highway exit, 40%  of participants crashed and 21% of them did not react at all, even though they had 6.2 seconds to brake to avoid the collision. Here are some other key take-aways:

When I recently presented on this research at the 2019 Autonomous Vehicles Symposium in Orlando, Florida and at the PennDOT Highly Automated Vehicle Summit, it was a welcome addition to the conferences, which often highlight sessions on sensors and algorithms, often forgetting the Human Factors element. As the need to educate drivers about the capabilities and limitations of their increasingly automated vehicles grows, our research will become even more vital.  We welcomed the creation in January 2019 of Partners for Automated Vehicle Education (PAVE), which aims to educate the general public about ADAS and self-driving.