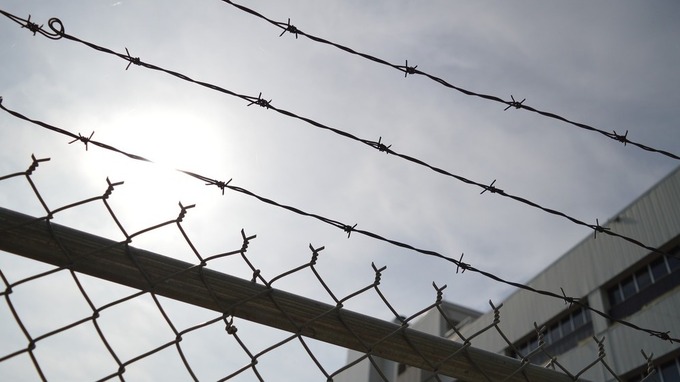 Having An Incarcerated Parent: The Mental Health Needs of Affected Children
August 22, 2016
Share
By Joel Fein

A note from Joel Fein, MD, MPH, Co-director of CHOP’s Violence Prevention Initiative (VPI): The following post is authored by Ellyn Butler, a Research Experiences for Undergraduates (REU) intern at the Center for Injury Research and Prevention, who worked with VPI’s Violence Intervention Program team this summer.

I recently had the opportunity to visit Philadelphia’s Eastern State Penitentiary with members of the Violence Prevention Initiative and Pennsylvania’s Secretary of Corrections, John Wetzel. During the tour, we met with this historic site’s curators of a new exhibit called “Prisons Today.” One of the topics we discussed was childhood trauma and the experience of having a mother who is imprisoned.

I learned that women are the fastest growing prison population in the United States. According to The Sentencing Project, between 1980 and 2014, the female prisoner population multiplied by eight, with black women being incarcerated at twice the rate of white women in 2014. Following incarceration, women struggle to maintain connections with their social networks due to strict visitation policies and the geographic distance between prisons and their homes. This complicates the maintenance of the mother-child relationship, and made me question—what are the short- and long-term outcomes for these children?

Children who were previously being cared for by only their mother are placed into a number of caregiving situations after their mother’s incarceration: 50 percent are placed with grandmothers, 25 percent with fathers, and 8-10 percent with the welfare system. In addition to this physical transition of where they live and who cares for them, the mental health of these children may also be adversely impacted. Adverse Childhood Experiences (ACEs), such as incarceration of a parent, have been shown to have a number of deleterious effects on children, in both the short- and long- term. ACEs have been tied to increased risk for obesity, diabetes, depression, suicide attempts, STDs, heart disease, cancer, stroke, broken bones, smoking, alcoholism, drug use, and school drop-out. Even one ACE increases a child’s risk for these negative outcomes, but the more ACEs a child experiences, the more likely it is that they will experience these negative outcomes.

Fortunately, there are action steps that can and should be taken to help these children and families:

For more information about supporting the mother-child bond among women who are incarcerated, please click here.

Penn Program on Documentaries and the Law (2011). Mothers in Prison: The impact of incarceration on motherhood. Retrieved from https://www.youtube.com/watch?v=pqTXt3jqchQ