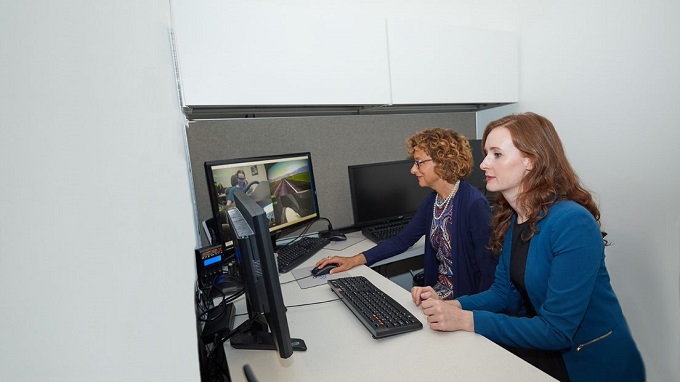 The Difference Between a Driving Simulator and Our Virtual Driving Assessment
December 16, 2019
Share
By Flaura Winston

I posted a blog on December 12th that summarized a CIRP Research Brief about Ohio’s pilot study of the virtual driving assessment within the Ohio Bureau of Motor Vehicles (OBMV) driver licensing workflow. This pilot evolved from a systematic research program on virtual driving assessment. So, I have been talking about this since our first related research article published in 2012.

One confusion I have noticed is that others refer to our technology as a simulator. We have learned that most people hear “simulator” and imagine its use as a training simulator, such as educating new drivers on either how to drive or how performance is degraded when driving while impaired or distracted.

The virtual driving assessment (VDA) is different – it is not a training simulator. Rather, it is an assessment. As a physician, I have access to many devices and systems that help me diagnose or assess the severity of my patients’ conditions. I realized that despite crashes leading all other causes of adolescent death, we did not have a standardized and validated tool to help me assess which teens were underprepared for safe driving.

The VDA uses self-guided software technology, Diagnostic Driving's Ready-Assess™, that assesses a driver’s preparedness to avoid crashing in the most common serious crash scenarios as defined by federal crash data.

Much like a clinical diagnostic exam or screening tool diagnoses a medical illness or injury, the VDT as implemented in Ohio predicts a driver’s risk of failing Ohio’s On-Road Exam (ORE). The VDA uses an algorithm that scores an individual's driving skill while navigating a virtual driving route that safely exposes the person to nationally-recognized common serious crash scenarios.

In the lab, we validated the VDA to predict novice and experienced drivers’ likelihood to have received traffic citations and crashing. In the Ohio pilot, it predicted with accuracy which new license applicants were likely to fail their (ORE). Future research in Ohio will determine if it can also predict newly licensed drivers’ risk of crashing and receiving traffic citations in the first months of licensure-- in the real world.

Role of the VDA in Training and Licensing

I would like to see this technology used to help those responsible for teaching, training and licensing new drivers in the US.

As an assessment tool, it can help them know objectively, and as compared to other drivers, a driver trainee’s skill attainment during the learning-to-drive process and whether that person is prepared to drive safely on his or her own. It can also objectively identify the critical driving skills that require more practice, allowing for customized feedback to that learner driver.

Ideally, attaining driving skill involves a learner driver working with a professional instructor who teaches these skills and a parent (or trusted adult) who supervises the learner driver's practice to develop driving skills in real driving environments. When it comes to training and practicing, on-the-road experience is best.

Much like clinical diagnostic tools that guide a healthcare provider’s course of medical treatment for a patient, the VDA helps driving professionals determine the safest path forward for an individual’s licensure that, hopefully, prevents future crashes and traffic citations. 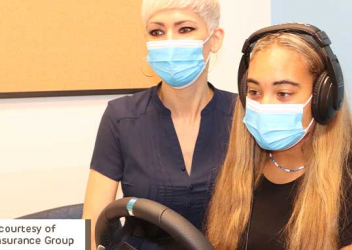 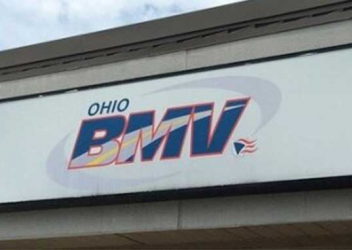 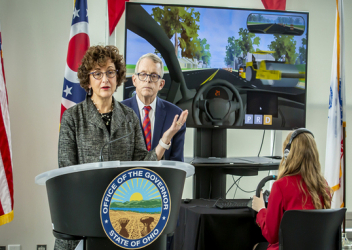