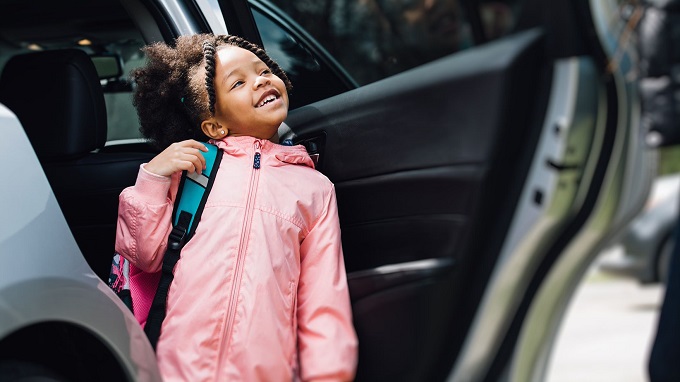 Last week, I read a New York Times article about child restraint system (CRS) misuse, which focused on the challenges some families have in properly installing a CRS in their vehicle. Although the prevalence of misuse has been the focus of recent research, we may not be so far away from helping parents choose the best car seat for their vehicle.

The article states that car seat manufacturers and automakers do not often collaborate. Fortunately, I’m happy to share this exact partnership which is ongoing and thriving. CIRP@CHOP’s Center for Child Injury Prevention Studies (CChIPS) brings researchers together with industry leaders in the car seat and automotive sectors to conduct research that can be directly translated into technological improvements to make children safer. A National Science Foundation Industry/University Cooperative Research Center, CChIPS’s industry members represent government agencies, safety and advocacy organizations, insurance companies, and the major national and international vehicle and car seat manufacturers.

Representatives from these companies work with researchers based at CHOP, the University of Pennsylvania, and The Ohio State University to answer research questions that are pivotal to pediatric public health. The funded investigators work closely with project-specific mentors from the representative Industry Advisory Board (IAB) in order to discuss the research and help apply the findings to engineering or policy changes. This synergistic collaboration between industry and academia creates an ideal environment for generating research ideas and to leverage shared expertise and resources.

An example of the unique CChIPS brand of collaboration comes in the form of a 2012 project titled, “Child Restraint System Misuse in the Field and in Full-Vehicle Crash Tests,” mentored by IAB representatives from Britax Child Safety Inc., Evenflo Co. Inc., Honda R&D Americas Inc. and Volkswagen Group of America Inc. In this study, I along with my fellow CIRP@CHOP investigators Matt Maltese, PhD and Kristy Arbogast, PhD and Suzanne Tylko, MSME from Transport Canada examined 10,000 CRS inspection forms from a Pennsylvania car seat inspection program.

We considered three broad categories of misuse: 1) improper restraint selection or placement in the vehicle, 2) incorrect or loose CRS-to-vehicle attachment, and 3) incorrect or loose restraint of the child in the CRS. The results showed the most prevalent types of misuse, which types of misuse were likely to occur together, and differences between using LATCH and seat belts to install the CRS. In phase 2 of the study, a series of crash tests were conducted with two identical child restraints and anthropomorphic test devices (ATDs). One child restraint was “correctly installed” and the second identical child restraint was “incorrectly installed” to characterize one or more common misuse conditions.

These results can help demonstrate the consequences of misuse, and two of the videos have since been incorporated into the National Child Passenger Certification Training Program through the effort of multiple organizations. You can read more about this research study and others in the 2012 CChIPS Annual Report.

While there is still more progress to be made in mitigating CRS misuse through research, engineering solutions, and education, it’s important to know that there is an open line of communication between many car seat manufacturers and automakers. With a shared goal of keeping children optimally safe in motor vehicles, everyone with a stake in child passenger safety benefits from these collaborations, and we at CChIPS are humbled to be able to facilitate them.