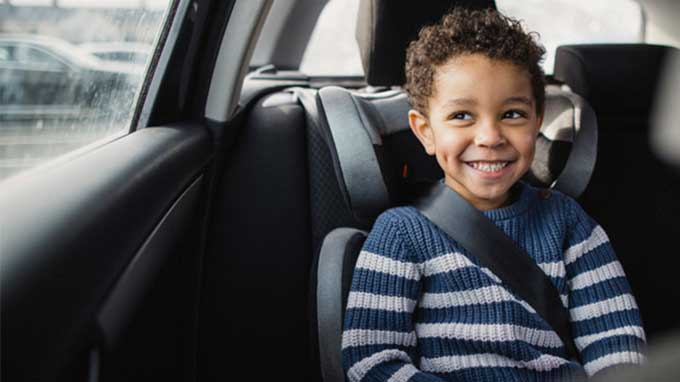 For over a decade, I have had the privilege of organizing a biennial workshop that brings together international leaders in the fields of child occupant protection, biomechanics, and auto safety. The latest workshop of 18 attendees from around the world – co-organized with John H. Bolte IV, PhD of The Ohio State University (OSU) and Swedish experts from Volvo Cars and SAFER, the Vehicle and Traffic Safety Centre at Chalmers University – was held in Sweden in September 2019 and focused on pediatric and adolescent passengers and autonomous driving systems (ADS). The findings of the workshop were presented at the Protection of Children in Cars Conference in Munich, Germany in December 2019.

Our goal was to critically review the state-of-knowledge in the field and identify high-priority research topics and strategize toward their implementation, starting with the following questions:

There was consensus that as ADS becomes more prevalent in coming years, the design of the occupant space in motor vehicles may change greatly to include seats at various orientations rather than always positioned to face forward. This potential flexibility in seating configurations brings new challenges to protecting all occupants in the event of a crash.

Yet, it also presents an opportunity to move away from designing safety features and seats based on the optimally-positioned average male and focus, instead, on all potential occupants in more user-centric positions, especially children.

The Center for Child Injury Prevention Studies (CChIPS), which is co-hosted by CHOP and OSU, has funded research exploring how having seats in non-traditional orientations within a vehicle may impact a parent's ability to install, secure children in, and remove different types of child restraint systems. We are studying how different seating orientations impact comfort of different family members when children are restrained in different seat positions. We’ve used computer modeling and advanced pediatric human body models to evaluate injury risk in these new occupant positions.

Another theme emerging from the workshop was maintaining safety for children who have graduated from boosters but may not be physically large enough to properly interact with current restraints. The rear seat is a likely location for children that have recently graduated from boosters, so improving rear seat safety for adult occupants would also likely improve the safety of these vulnerable occupants. One potential solution discussed was to develop a tool for the end-user to evaluate good belt fit that could be utilized for youth or even smaller adults.

Other discussions within this theme centered on changing the geometry of the rear seat to better align with the smaller occupants who most frequently sit there, as well as increased focus on education and outreach to emphasize the importance of proper belt fit at each transition stage as children grow.

We discussed improving current tools used to predict occupant safety for use in future automated vehicles, including finite element human body models and anthropomorphic test devices (ATDs), or crash test dummies . An optimal first step would be a publicly available review of all tools through a webinar series to describe each tool, its current capabilities, and its imitations.

There was consensus that finite element human body modeling is the future of crash testing and, as such, it is critical that global standards are defined in order to have model validation and certification.

The final focus was on defining a unified voice, or message, that child safety stakeholders can communicate throughout the world concerning the protection of children in future ADS. Critical points of this message include:

My colleagues and I know that setting this agenda is the first step down a longer path toward zero injuries or deaths for child passengers in the automated vehicle space, and we remain committed to open dialogue and continued collaborations that will improve safety for children around the world.