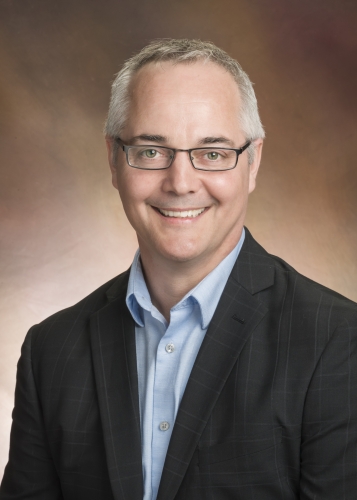 Dr. Gaetz is a Research Scientist in the Department of Radiology at Children's Hospital of Philadelphia, a CIRP Senior Fellow, and a Research Associate Professor of Radiology at the Perelman School of Medicine at the University of Pennsylvania. I

William Gaetz, PhD is a Research Scientist in the Department of Radiology at Children's Hospital of Philadelphia, a CIRP Senior Fellow, and a Research Associate Professor of Radiology at the Perelman School of Medicine at the University of Pennsylvania. In his early research, he used novel MEG source localization methods to study sensory and motor cortical oscillations in healthy children and adults. Once established, Dr. Gaetz then applied these methods to a variety of clinical pediatric populations for basic research as well as pre-surgical functional mapping. Prior to this work, “Motor Mapping” was not commonly done in pediatric populations, largely for technical reasons of low signal to noise and poor accuracy using conventional dipole-based methods.

Branching off from this work, Dr. Gaetz began to explore how specific cortical oscillations (i.e., Motor: post-movement beta rebound (PMBR), Movement-related gamma-synchrony (MRGS; a term he was first to describe in the MEG field), and Visual gamma-band response) may represent separate markers of functional brain development, increasing in power and changing in frequency directly as a function of age. He showed that movement-related gamma synchrony (MRGS) in the [60–90 Hz] range appears to shortly follow movement initiation, and the power of MRGS changes non-linearly as a function of age. In contrast, Dr. Gaetz showed that the frequency of visual gamma decreases linearly with age and thus may serve as a useful marker of functional brain maturation. These observations suggested that neurotransmitters such as GABA and Glutamate, (thought to promote and regulate these brain rhythms) are changing with development in predictable ways – a topic that he is currently investigating.

More recently, he has adopted MRS spectroscopy to assess how neurotransmitter concentrations in the cortex can explain and correlate with these MEG cortical oscillations. These paired “multi-modal” measurements are particularly appealing targets for exploration in clinical populations where GABA signaling is thought to be affected, such as children with Autism and Friedreich’s Ataxia. Using MR spectroscopy, he has shown that there are regional differences in GABA concentration in the brains of children with autism and published a paper where gamma-band GABA concentrations are correlated in typically developing children but uncorrelated in children with autism. His other recent work extends these findings by relating findings of reduced cortical inhibition in autism to children with epilepsy.

Dr. Gaetz also has a longstanding fascination with the mechanisms of neuroplasticity in clinical pediatric populations. His early work on tracking somatosensory changes to Constraint Induced Therapy in children with Cerebral Palsy was extremely interesting and revealed the importance of limb use or disuse on overal functioning. More recently he had the good fortune to track somatosensory and motor reorganization in Zion Harvey, the world’s first successful pediatric patient with bilateral hand transplants. He and his team observed that massive cortical reorganization brought about by deafferentation due to upper limb amputation is reversable with hand transplantation. Through continued studies they are now documenting how the profile of somatosensory and motor responses coninues to adapt and normalize even beyond five years post-transplant.

International Society for the Advancement of Clinical Magnetoencephalography

The Organization for Human Brain Mapping

Top 20 Most Read/Downloaded Paper in 2017-2018, Annals of Clinical and Translational Neurology.