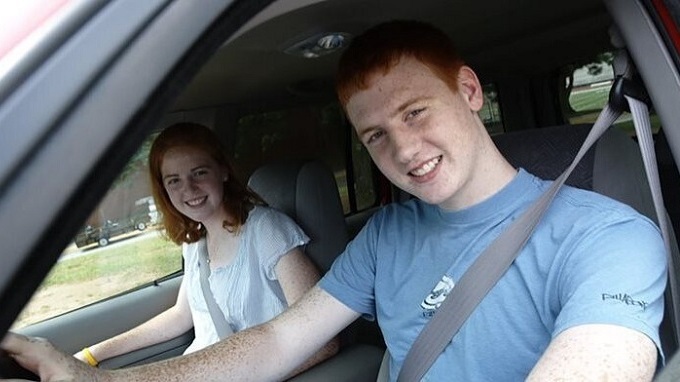 Graduated Driver Licensing (GDL) programs—which include limitations on passengers and nighttime driving restrictions—provide novice teen drivers the opportunity to develop experience and skills gradually over time in low-risk environments. Any policy, however, is only as good as it is followed and enforced.

That’s why I, along with my co-authors, conducted research that was published today in the American Journal of Preventive Medicine. The study provides the first population-level estimate of young intermediate drivers’ compliance with GDL. We linked New Jersey’s licensing and crash record databases from July 2010 through June 2012 to look at data from over 32,203 drivers and 30,594 crashes. We then used a novel application of the quasi-induced exposure technique, a method that has been developed to estimate driving exposure in the absence of more detailed information, to estimate compliance rates.

At Higher Risk of Non-Compliance

The findings also indicate that non-compliance rates are higher under certain conditions, including weekends and summer months, and for certain novice teen driver subgroups, including males and those from low-income households.

Future efforts to enhance teen compliance with GDL should consider incorporating opportunities for targeted messaging about higher-risk situations and toward higher-risk groups. Additional research on enforcement is also needed: Our study reported less than one in five crash-involved drivers were issued GDL citations, and citations were more likely to be given to the youngest drivers.

With the release of this new research, we ask teen driver safety advocates and stakeholders to use National Teen Driver Safety Week, taking place October 16-22, to promote GDL compliance among teens, parents, and policymakers and to advocate for stronger GDL provisions in every state across the country.

New drivers are at an increased risk of crashing compared to their same age peers who have more driving experience. Thus, following GDL can help novice drivers reduce their exposure to high-risk situations and keep them safe.

Read about other GDL compliance and enforcement research.