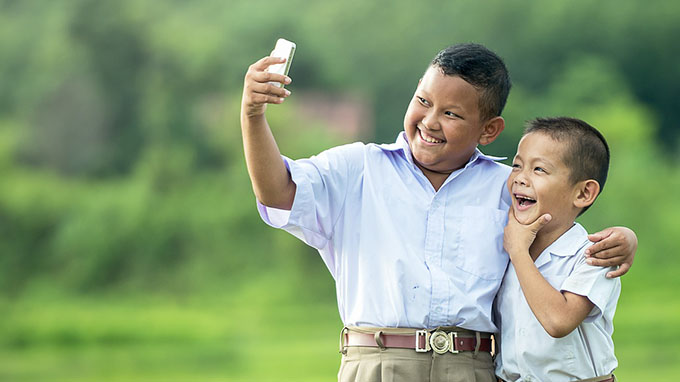 It’s All About Balance: Navigating the Pros and Cons of Smartphones for Teens and Children
January 17, 2018
Share
By Patty Huang

Few devices have transformed our society as thoroughly as smartphones have over the past 10 years. For teens in particular, smartphones are a primary way to communicate and a social lifeline. But smartphones have also become a cause for concern as increasing evidence shows that excessive time spent on the devices can be a factor in depression and suicidal thoughts in teens and children.

I recently talked with two of my expert colleagues at CHOP about the competing dangers and benefits of smartphones for teens and children, and how parents can help kids manage their screen time appropriately.

Jeremy M. Esposito, MD, MSEd, is an attending physician in the Division of Emergency Medicine at CHOP, who is studying how to improve the behavioral health screening process used to connect suicidal teens and children with the right resources. He says the screening process should include questions about smartphone use to help better inform clinicians about their young patients’ mental health histories.

Researchers have noted that an increase in depression and suicide among U.S. teenagers between 2010 and 2015 occurred during the same time period that teens’ smartphone use was ramping up. During those five years:

Researchers concluded that teens who spend more time online and less time socializing with friends in person are more likely to be depressed.

One of the biggest questions Dr. Esposito’s team wrestles with is whether to let kids use their smartphones while they’re in the hospital for observation or awaiting transfer for inpatient treatment. “We decided not to take away phones unless the teen is exhibiting aggressive behaviors,” he explained to me. However, stickers will be placed over the camera portion of the phone so that kids can’t engage in social media like Snapchat. Smart phones can only be used during certain times and CHOP reserves the right to take that privilege away.

And yet, smartphones have their benefits for teens as well, and can even be used to help teens and children suffering from depression and stress. At CHOP, Nancy Kassam-Adams, PhD, the Associate Director for Behavioral Research at the Center for Injury Research and Prevention, is leading the development of an online game for ill or injured children suffering from posttraumatic stress.

Designed to be played on a tablet, computer or smartphone, Coping Coach is intended to help children ages 8 to12 deal with the psychological challenges of recovering from an unexpected traumatic event, from car crashes to natural disasters. The game lets children direct themselves, features relatable characters and—most importantly—has captured the interest of children helped to test it. “We pay a lot of attention to what kids want and make changes,” Dr. Kassam-Adams explained.

Helping Kids Understand Their Own Symptoms

Coping Coach was created to be a supplemental tool to help children recognize and report their own symptoms; understand the relationship of helpful or unhelpful thoughts to their own feelings and behavior; and learn how to reduce their reliance on avoidance behaviors as a coping strategy. Coping Coach also provides information for parents about how and when to seek professional help for their child. Of course, if a family is trying to reduce a child’s screen time, the game may not be the right intervention, Dr. Kassam-Adams acknowledged.

Ultimately, Dr. Esposito and Dr. Kassam-Adams agreed, smartphone use is all about balance for the individual teen or child. Dr. Esposito’s recommendations include that parents should: 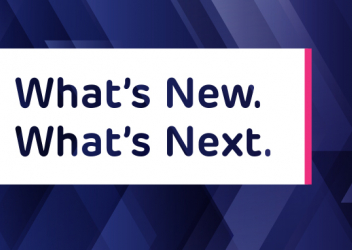 Impact of Smartphones on Youth