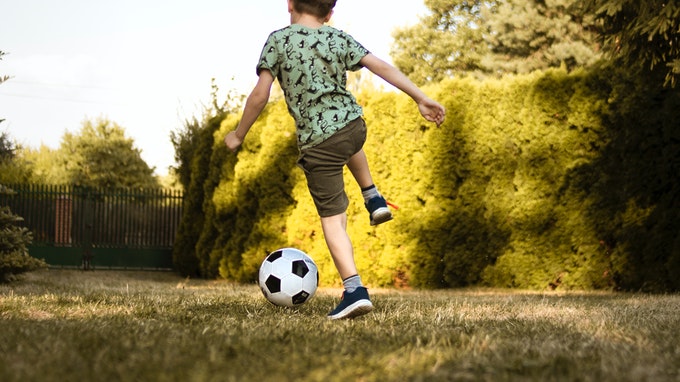 Back-to-school time means back to school sports. In many cases, students have been playing sports all summer, and have often been focused on one chosen sport for years. For younger children, this can result in painful overuse injuries. In my experience as a sports medicine pediatrician at Children’s Hospital of Philadelphia, I’ve seen many injuries that occur as a result of well-intended, but inappropriate, training schedules. I’ve seen several career ending elbow injuries in youth baseball players age 12 and under from training and playing "too much, too soon". I’ve seen stress fractures in children as young as 6 years old related to training with older siblings. Children and young adolescents are not able to play and train like they are little adults.

Parents sometimes ask me how to safely develop their child into a great athlete. My response sometimes surprises them. I say, "Don’t specialize too soon". It is not good from an injury risk perspective, and it is not good for long-term athletic development.

Many sports-related injuries that occur in young children, both male and female, come from overuse. This can be traced to the trend of specializing in one sport at an early age and with an intense focus. Athletes age 18 and under with a high specialization are at an increased risk of sustaining an overuse injury compared with athletes the same age who have a low and/or moderate specialization, according to a recent analysis published in Pediatrics.

The trend of focusing on one sport is part of the intense, hyper-competitive atmosphere pervading school systems these days. It’s no longer enough to play on only the school team or a community team. However, playing on several teams at once or playing the same sport over and over again at a young age can result in a variety of musculoskeletal overuse injuries and is not in the athlete’s best long term interest early in his/her career. Those injuries cause them to miss time from playing and make playing less fun-- a commonly cited reason for quitting sports in adolescent athletes. One way to keep sports fun is to take a break from a particular sport for a while, then come back to it full of excitement and energy.

Parents often believe that an early sports specialization will benefit their child and that more practice is better. Peer pressure and unrealistic expectations that the child will one day play at the college, or even professional, level also play a role.

One misunderstanding is that early specialization ultimately leads to better elite performance. Studies of elite and non-elite athletes have shown that participation in multiple sports in early adolescence and deferring one sport specialization until late adolescence is more common with elite athletes. So the truth is, while an early and intense focus on a sport may give a budding athlete a short-term advantage, that boost doesn’t last and can hurt the child in the long run. The jump to elite athlete status—if it occurs—won’t happen until after puberty in most sports, so holding off on specializing doesn’t mean falling behind.

A Playbook for Parents