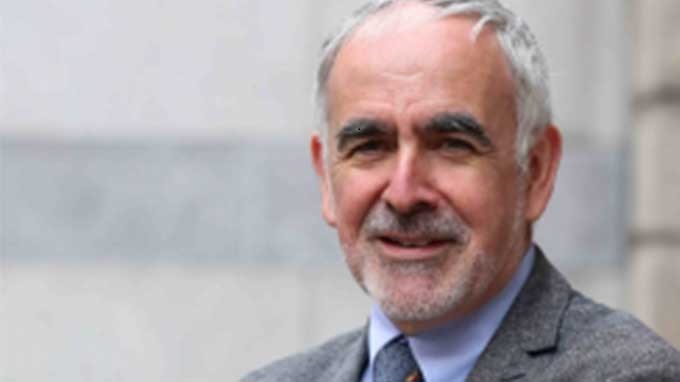 One of the most fascinating blind spots in medicine is how we manage medical fitness to drive. I became aware of this as a Fellow in Geriatric Medicine in Bristol, England in the early nineties when working in a memory clinic. During our medical forms assessment, it was assumed that older people, and especially those living with dementia, did not drive.

This belief prompted me to engage with a study, one of the earliest of its type in Europe. Interest in the topic soon arose in several parts of the world, crystallized by the Swedish Road Traffic administration bringing together all those who had published on dementia and driving to a meeting in in 1994.

A number of points began to emerge. First, both simple and complex tests of cognition were unlikely to determine medical fitness to drive; instead, it would likely need a clinical determination. Second, there was a growing realization that the key health issue was not safety, but instead, the challenge of being unable to drive and reduced mobility. Underlying these points was the widely held myth that older drivers were more dangerous than other age groups on the road.

As an emerging group of researchers, we worked hard to dispel some of these myths and develop practical techniques of assessing medical fitness to drive, informing both the Organization for Economic Co-operation and Development (OECD) and the US Transportation Research Board of the importance of maintaining mobility and access to transportation for older people’s health and well-being.

Bringing the basics of assessing and managing medical fitness to drive into the working lives of physicians is a challenge, but it’s a cultural issue rather than the lack of knowledge and resources to share. As Louise Aronson eloquently stated in the New England Journal of Medicine: “Some physicians argue that the absence of a gold standard justifies keeping discussions of driving off the clinician’s task list -- a standard that is not applied to countless other conditions. Others invoke privacy concerns; but, that reasoning is no longer applied to discussions of sex, substance use, exercise, or diet, other common activities with both personal and public health implications.

One of my most fortuitous encounters in the journey to promote an enabling positive perspective on medical fitness to drive was a chance encounter with CIRP@CHOP’s Dr. Flaura Winston at a Transportation Research Board meeting in Washington. Her fresh thinking, deep expertise, achievements in injury prevention, and energetic mindset sparked a range of synergistic thoughts.

Among these was the fact that assessing medical fitness to drive in younger populations and those with ADHD has less to do with cognition and more to do with behavior and judgment. This is a truth at all ages and an aid to unpicking the obsession in the medical literature on cognitive measurements and transitioning to a more global clinical assessment. Equally, there are lessons to be learned across the lifespan in assessing medical fitness to drive from the techniques applied by both geriatrics and pediatrics.

A Fresh Approach to Traffic Medicine

Our developing work together, as well as experience and networks across a number of continents, prompted us to articulate the need for a fresh approach by the medical profession to medical fitness to drive, embracing the possibilities of taking ownership of a rehabilitative and enabling approach to supporting continued safe driving for those with relevant medical conditions.

Fragmented guidelines and varying degrees of medical advisory board presence across the US’ 50 states (with none in some) is one barrier to developing a more universal approach by US physicians. This contrasts with the nationwide guidelines across Canada’s provinces and states and in Australia, as well as with the evolving harmonization of medical fitness to drive in the European Union. In each of these settings, there is an understanding that physicians will engage with assessing medical fitness to drive when supported by up-to-date guidelines.

A perspective paper that Dr. Winston and I recently wrote for the National Academy of Medicine developed these themes in what we hope will spark debate in the medical and scientific community. We aspire to promote a culture that ensures our future well-being will not be abbreviated through physician indifference to supporting safe transportation as a key determinant of health and social inclusion.