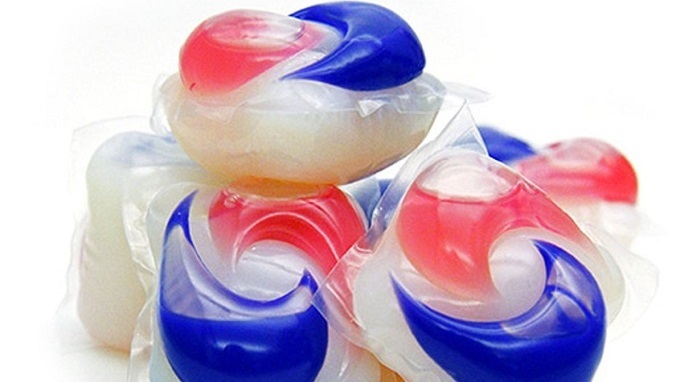 The Effects of Safety Interventions on Exposure to Laundry Detergent Packets Among Children
July 25, 2019
Share
By Patty Huang

A recent study published in Pediatrics found that numbers of ingestion of laundry detergent packets and serious medical outcomes as a result of exposures to laundry detergent packets among children under age 6 increased steadily until 2015 and then modestly declined. This decline is likely, in part, as a result of safety standards and interventions on reducing laundry packet exposures (which primarily targeted children less than 6 years of age).

For this study, data from the National Poison Data System (which includes data from calls from regional poison control centers in the US) was analyzed to measure the change in laundry packet exposures among children <6 years old from 2012-2017, during which the ASTM F3159-15 voluntary safety standard was put into place. Frequency and rates of exposure among children <6 years of age (for which the interventions and standards were applied) were compared to children >6 years of age (who were utilized as a control group). Medical outcomes of exposure were categorized by severity.

In the study time frame, over 72,000 exposure calls were logged, ~92% of which involved children 6 years of age or younger:

While the declining numbers of ingestions and serious medical outcomes as a result of exposures to laundry detergent packets are somewhat encouraging, there is still a long way to go, as numbers are still high. It is still important for clinicians to continue to send the message to parents about the dangers of laundry detergent packets, including:

The Poison Control Center at CHOP is staffed with pharmacists and nurses, 24/7 and free of charge, to help manage any potential poisoning from laundry detergent packets. Call 1-800-222-1222 or visit the center's website.