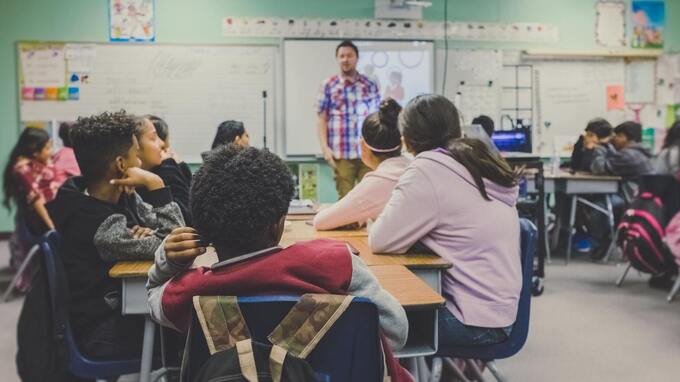 It is unfortunate, but true: whether a victim, bystander, or perpetrator, bullying impacts all school-aged children in some way. According to the National Center for Education Statistics, about 16 percent of public schools reported that bullying occurred among students at least once a week during the 2013-2014 school year.¹

As researchers and clinicians, how can we help to create a healthier, more positive school environment? At CHOP, we’ve spent over a decade researching and implementing evidence-based programs in Philadelphia-area elementary schools, aimed at curbing bullying behaviors before they begin. One such program is the CHOP-developed Friend to Friend (F2F)—a 10 week, 20 session small group intervention designed for urban African-American 3rd to 5th grade girls that teaches problem-solving, anger management strategies, and leadership skills. In addition, halfway through the intervention, girls go into their classroom with our facilitators to co-lead 10 classroom sessions of the F2F curriculum in an effort to reinforce the skills they learned in the small group and promote their leadership and reputation change.  As I previously blogged, F2F has been established as the first and only relational aggression intervention to demonstrate a decrease in relationally aggressive behaviors among urban minority girls that continued at least a year after the conclusion of the program.

We theorized that, because F2F was originally designed for girls, the broader effects of the program would be most clearly seen in non-aggressive girls. And while a positive impact was in fact seen amongst all girls, F2F was found to be especially impactful for boys, specifically in terms of improved prosocial behaviors and teacher relationships, and reduced relational and physical aggression. A potential explanation is rooted in previous research, which showed that relationally aggressive youth are often socially influential. By channeling the influence of aggressive girls in a positive way and allowing them opportunities to hone their leadership skills through F2F, this may have helped improve the climate of the entire classroom.

The broader impact of F2F is important because, although physical bullying has been the focus of hundreds of prevention programs over the past 30 years, it has only been within the past decade that there has been a specific focus on interventions designed to impact relational aggression among school-aged youth. Among these, few have examined the broader impact on the classroom context. Given how time- and labor-intensive these programs often are to implement, identifying elements of a single program that can bring about positive change for not only a specific sub-set of youth but an entire classroom climate is invaluable.

This line of research on F2F indicates that providing elementary school-aged girls with problem-solving skills and leadership opportunities can initiate a reduction in relational aggression, and have a positive impact on the broader classroom climate. By providing these girls with the additional support and skills that they need to channel their influence in a positive way, teachers and administrators can help reduce the incidence of physical and relational bullying among elementary-school aged youth. Future research will examine an array of strategies for helping students practice and generalize the new skills learned in F2F.