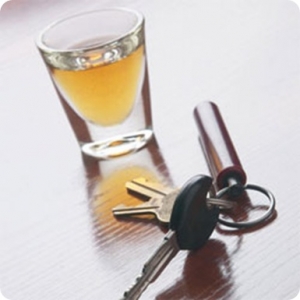 One highlight: a map of the US shows alcohol-related crash fatality rates for people <20 years by state for years 2012-2013. This is presented against the backdrop of how each state’s alcohol policies were rated during the same period.

As a researcher, what struck me were the various research tools and data sources that were tapped for this helpful analysis.

To identify associations between alcohol policy environments and motor vehicle crash (MVC) deaths among young people in US states, the authors used the Alcohol Policy Scale (APS), a novel rating system that takes into account the efficacy of alcohol policies and their level of implementation in a given state. The validated assessment covers all 50 states and Washington, DC from 1999 to 2013.

Policies for potential inclusion in the score were obtained from the Alcohol Policy Information System, the National Institute on Alcohol Abuse and Alcoholism and other data sources. For each state and year, a panel of policy experts independently assessed each policy with regard to its efficacy for reducing excessive drinking or alcohol-related harm and the degree of legislative implementation for each policy. States were ranked on how restrictive their alcohol policies were, including higher alcohol taxes and zero-tolerance policies for drivers younger than age 21. After this rigorous process, 29 different policies were included in the APS.

Study authors then cross-referenced the APS scores with data extracted from the Fatality Analysis Reporting System (FARS) of the National Highway Traffic Safety Administration (NHTSA) on the number of young people age 20 and younger who died (inclusion of drivers, passengers and other road users) in alcohol-related motor vehicle crashes from 2000 to 2013, defining these crash types as >1 driver of any involved vehicle in the crash with a blood alcohol content (BAC) of  >0.08%. The authors used NHTSA’s validated algorithm to address the known issue in missing data on BAC.

Odds ratios were computed for alcohol-related MVC deaths across states in relation to their APS score, taking into account the 1-year implementation lag time for new policy to realize outcomes.

Other data sources, including the US Census Bureau’s American Community Survey, the US Census Bureau’s Current Population Survey, and the National Institute on Alcohol Abuse and Alcoholism, were extracted to gather state-level covariates and consider the relationship of APS score and alcohol-related MVC fatalities according to vehicle miles traveled, socioeconomic characteristics and associations according to day of the week and time of day, etc.

The study looked at 84,756 MVC fatalities among people <20 years and found that 23,757 were alcohol-related: 46 percent were drivers, 43 percent were passengers, and nearly 11 percent were pedestrians, cyclists, or others. Among the 23,757 fatalities:

This study helps quantify the effect of comprehensive alcohol policies on alcohol-related MVC fatalities among young people. Other research found an association between zero-tolerance laws and a ~20 percent decrease in MVC fatalities (given that any level of alcohol increase crash risk for new drivers). With this strong body of research, advocates and policymakers should feel comfortable supporting effective alcohol-related crash prevention policies, like enforcing safe BAC levels for all drivers and zero tolerance for novice drivers, reducing the availability and marketing of alcohol, and increasing its cost. Look for ways to partner with law enforcement community to enforce laws, especially with young people, through sobriety check points, perhaps at large weekend events (concerts, festivals) attracting this age group.