Gun violence, as many Americans see through television, social media, and other news outlets, is often perceived as random, mass shootings in public places. As horrifying as those events may be, they display but a fraction of the impact of daily gun violence that exists in our neighborhoods and towns. On an average day in America, 93 people (including 7 children and teens) die by gunfire, according to the Centers for Disease Control and Prevention.

Gun violence is a complex and far-reaching epidemic for the U.S. While the causes of violence are many, the presence of a firearm can turn a dangerous situation into a lethal one, whether it be homicide, suicide or accidental injury. The statistics relating to firearm injuries in kids are staggering - click here to learn more. Firearm-related injury and death is an important public health issue for all Americans, regardless of where they live. Firearm mortality rates for young people are the same in big cities as they are in small rural counties, according to CHOP research. The difference is in the intention: Rural areas see more suicides and unintentional gun-related deaths, while urban areas suffer more gun-related homicides. The types of guns used also vary-- handguns predominate in larger cities while long guns and rifles are seen with increased frequency in rural areas.This hits too close to home for the Violence Prevention Initiative team at Children's Hospital of Philadelphia (VPI@CHOP). The Level One Trauma Centers at CHOP and the University of Pennsylvania treated 1,882 children and youth ages 24 years and younger for gun shot wounds in the years 2007-2016-- or roughly 15 gun shot wound-related cases per month.

Gun violence requires a comprehensive approach to prevention and treatment. Across the medical community there is consensus that countermeasures to this national epidemic do exist and can be implemented through enacting laws or improving public policy. 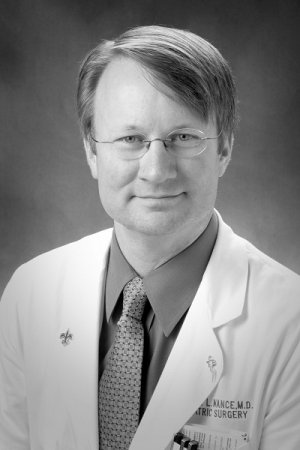 The Supreme Court of the United States has clearly upheld the right of the individual to bear arms. And, in a nation with more than 350 million firearms, we need to develop policies that focus on how to live in a world with guns, such as policies aimed at reducing the risk and frequency of gunshot injuries and deaths.

Michael L. Nance, MD, a VPI Fellow and director of the Pediatric Trauma Program at CHOP, co-authored the updated policy statement on “Firearm Injuries and Children” for the American Pediatric Surgical Association (APSA) that appears in the November 2013 issue of the Journal of the American College of Surgeons. VPI supports the APSA positions, which are grounded in empirical evidence and clinical expertise, with a focus on children. Below is a summary of the positions, and you can also access a video of Dr. Nance speaking about the policy statement and approaching violence as a public health issue here (please note you will need to create a free Medscape.com account to view the video).

In addition to the APSA positions, CHOP’s VPI Fellows agree with the Pediatric Trauma Society that hospital trauma programs treating a substantial number of children for assault injuries each year should provide violence prevention programs in the communities they serve.

Pennsylvania-specific data on violence and injury that includes mechanisms, intent and demographics.