Although bullying is sometimes seen as “a part of growing up” or “kids being kids,” bullying in schools is a serious problem. Imagine the kid who is picked on every day, whether physically, socially, or through cyber-bullying. Think about Rebecca Sedwick, the 12-year-old who committed suicide in Florida following a year of bullying at the hands of two young girls. To Rebecca, the bullying was so serious and distressing that she took her own life.

Or consider the 8-year-old boy who writes to Santa Claus about his twin sister bullied over her weight: "Dear Santa ... I wanted a (remote control) car and helicopter, but I don't want that anymore. Kids at school are still picking on my sister and it’s not fair … I prayed that they will stop, and she needs your help."

Bullying is a prevalent form of youth violence, particularly in school settings. As illustrated in the examples above, it is defined by aggressive behavior (i.e., behavior that is intentional and mean) that occurs repeatedly over time and within the context of a power imbalance. Although both are harmful to youth, there is an important distinction between bullying and aggression — if there is an occasional conflict or fighting between two children of equal strength, size, and social status, this is aggression, but not bullying. 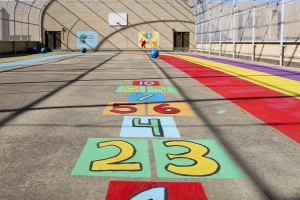 Bullying in schools often occurs in unstructured school settings, such as the playground area during recess.

Most children are exposed in some form to bullying in schools due to the unequal balance of power and influence that is so common in youth relationships and peer groups. Research on bullying in schools shows that it increases in late childhood and peaks in early adolescence, specifically during middle school. Bullying in schools also typically takes place in unstructured settings such as the cafeteria, hallways, and playground during recess.

Students need school to be a positive climate where they feel safe. This reduces their own stress and potential aggression, allowing them to focus on the learning necessary for them to be successful in their lives.

Fortunately, there are actions that students and school staff can take to prevent bullying in schools and to create a more positive school climate. The culture of school violence cannot be impacted by only working with bullies and victims alone. It takes consistent and united action by everyone — students, school staff, administrators, and parents.

Click here to learn more about the power of a positive school climate.

Types of Bullying in Schools

To better understand how positive efforts can be made to prevent bullying in schools, it is important to understand the various types of bullying:

Regardless of the type of bullying, there are several key roles that typically participate in the behavior.

Certain sub-groups of adolescents may be at a higher risk for bullying. Click here to learn more.

Facts and Statistics About Bullying and Harassment in Schools

'Masterminds and Wingmen': Preparing your son for the pitfalls of a boy's world

Research Articles on Bullying in Schools