Safety Behaviors on the Big Screen 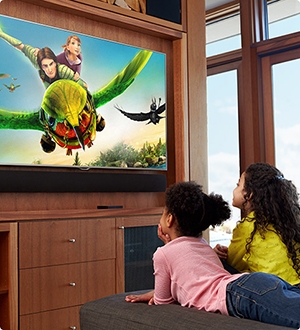 Like most parents, I’m fairly vigilant about filtering movies and shows with violence and other inappropriate behaviors. However, one area I haven’t thought about as much is the transportation-related safety behaviors my kids might be viewing, especially in child-oriented movies.

A recent study explored the transportation-related safety behaviors of the most popular children’s movies from 2008 to 2013. The 30 top grossing movies were included in this analysis of characters operating motor vehicles, bicycles, horses, boats and skateboards, as well as crossing streets. Behaviors were analyzed in three categories: protection and equipment (e.g., use of helmets), unsafe behaviors (e.g., following speeding limits), and distraction and attention (e.g., use of cell phones while operating vehicles). Overall, about 190 scenes showed characters engaged in transportation-related behaviors.

Although many scenes depicted safe behaviors, a significant proportion of unsafe behaviors remained. For instance, about 20 percent of scenes that involved a motor vehicle showed that the adult or child did not use a seat belt and almost 30 percent of scenes involving motorcycles showed adults or children riding without a helmet. Nearly all scenes involving horse riding showed riders without helmets.

Similarly, about two thirds of scenes depicting people operating a boat did not include a personal floatation device. Pedestrians frequently showed risky behaviors, such as not waiting for a light signal or not using a crosswalk.

On the positive side, distraction behaviors around motor vehicles, motorcycles, and boats were rare. Most operators of vehicles in the movies were adults, although there was particularly poor use of motorcycle helmets among children.

Most of the movies included in the analysis were fully or partially animated. I must admit that I probably don’t always think of behaviors in these kinds of movies as “realistic.” However, we must remember that young children may not be able to distinguish fantasy from reality, even in animated movies. We also know that children tend to imitate behaviors that they see, whether in real life or on screen. So, although scenes showing unsafe transportation-related behaviors are thankfully few in the popular movies our kids watch, we can use these scenes as opportunities to remind them of what it means to be safe when traveling.