Self-driving vehicles, also known as highly automated vehicles (HAVs), were once in the realm of science fiction. But HAVs are here and about to transform the automotive industry and the U.S. transportation system, with retail models possibly being available as early as this year. HAVs could become a common sight on the road by 2055. 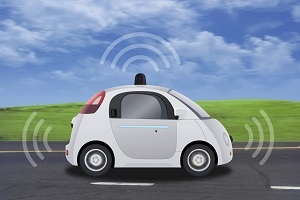 It’s no longer a question of “if” but “when.” As of mid-January, the California Department of Motor Vehicles has issued 50 Autonomous Vehicle Testing permits to 50 companies.

As automakers, tech companies and transportation service providers race to claim a piece of the nascent industry, the safety of self-driving vehicles remains unclear. Traffic safety experts are lauding HAVs for their potential to improve road safety and save lives, but self-driving vehicles, which employ technology including cameras, machine learning, mapping, sensors and radar, will also fundamentally change the relationship between driver and vehicle.

My colleagues, Megan S. Ryerson and Jordan E. Miller, and I recently co-authored an editorial for the journal Injury Prevention entitled “Edge conditions and crash-avoidance roles: the future of traffic safety in the world of autonomous vehicles.” We examine the fundamental ways the Haddon Matrix— the primary paradigm used to analyze factors that contribute to injuries sustained in a motor vehicle crash and to develop injury prevention strategies— needs to be revised.

The Haddon Matrix is not designed to address vehicles where the driver has little or no control. Until now, a typical motor vehicle crash has involved the driver, the vehicle and the social/physical environments, which all have clearly articulated roles in either crash causation and mitigation. The introduction of HAVs presents an entirely new factor to consider – the artificial intelligence and response of the vehicle.

Like any other technology, the sensors and algorithms that underlie HAVs will never be perfect. The safety of self-driving vehicles will be limited by the presence of “edge conditions”—situations that go beyond the reliable and accurate capability and limits of HAV technology—currently, these include bad weather, unmarked roads and mixed road users (pedestrians and bicyclists with vehicles). Accordingly, the injury prevention community needs to understand how edge conditions can lead to accidents in order to influence the development of HAV safety standards.

Of particular significance is the fact that roles that were considered separate in the Haddon Matrix for conventional vehicles now must be shared among the driver, vehicle and environment in more of a continuum than a matrix. The Haddon Matrix will also need to cover situations that go beyond the capabilities of HAV technology.

An updated Haddon Matrix paradigm should address new factors including whether the HAV technology is sophisticated enough to head off or mitigate human error and can save the driver in a variety of situations.

Traditional safety features, such as seat belts, airbags and proper maintenance should continue to be part of the Haddon Matrix, of course.

As self-driving vehicles enter the mainstream, the law will need to address HAV-specific concerns, including, among other things, the apportionment of fault between the driver and technology in the event of a crash.

In the longer term, we can look into possibilities where HAVs may be able to communicate with each other and connected transportation systems. Traffic injury researchers, advocates and policymakers must weigh potential significant reductions in the risk of accidents against risks due to cyber attacks.

The next step in HAV evolution may remove the need for driver intervention completely. HAVs may be increasingly piloted remotely, which recasts the driver as a passenger and presents yet another consideration for the injury prevention experts.

The prospect of an increasingly limited human role in the operation of a vehicle indicates that the injury prevention community should prepare to overhaul the Haddon Matrix dramatically in order to continue making relevant contributions to vehicle safety.

Read about CIRP research on crash avoidance and autonomous vehicles